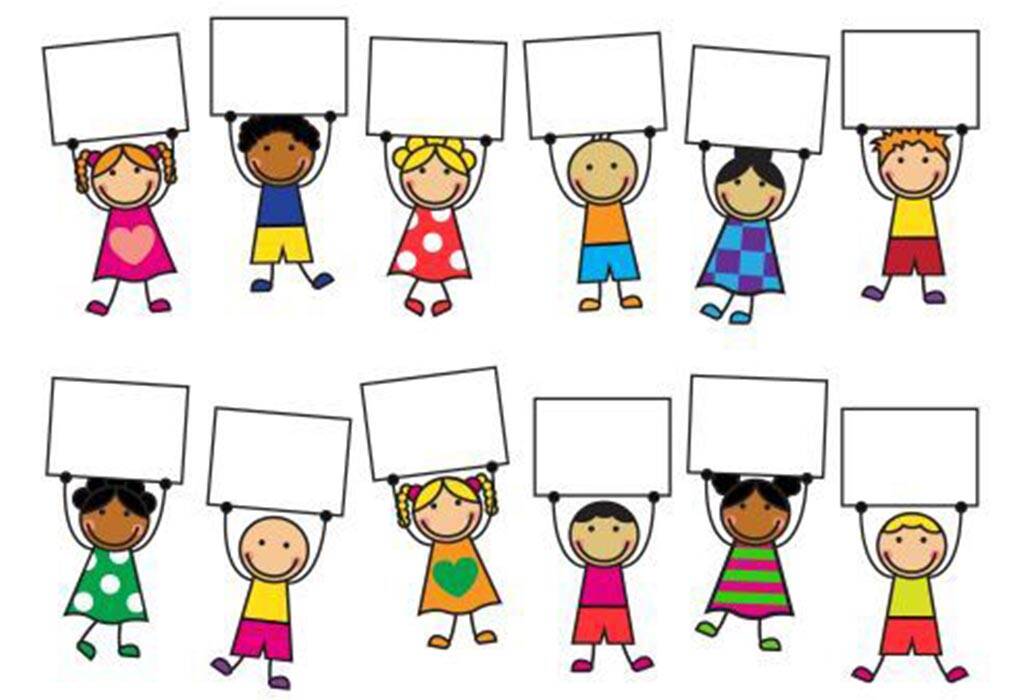 Almost a decade ago the American Academy of Pediatrics advised against any form of the screen for children. Whether in the form of television, smartphone, tablet … And a maximum of two hours a day for those over two years old.

We have all “sinned” of leaving our cell phones at any given moment or of pulling the TV to have a little while to make dinner. But within what is possible we want what our children see to be educational drawings or educational series.

To have greater control of the screens, it is necessary to choose well what they can see and whatnot, the aforementioned study assured that the use of television, tablets, and mobile phones could both develop and inhibit child development depending on how it was used.

As parents, we must also allow children to teach us those things that most attract their attention. Participate with them to assess whether they are appropriate or inappropriate. Also, we must remember that watching videos passively. Even if they are educational, does not help the language development of the little ones.

We should also avoid watching TV shortly before going to sleep since the light emitted by the screens. Their sleep due to the secretion of melatonin that is delaying and affects rest.

So that television does not dissociate us or “separate” us, we must use it as a vehicle for strengthening family ties. So it is good to share the experience with the medium with the whole family.

And remember that they educate themselves mainly by example. So if they see us in front of the TV for hours, they will copy this habit and then it will be difficult to eliminate it.

Having said all this, among all the drawing for kids and children. There is a list of educational series for children, the first ten drawn from a study. The rest compiled from the various experiences of parents that we have compiled throughout this time.

After analyzing 163 cartoon series broadcasts on Spanish television, the researchers made a ranking with the drawing for kids that add value and are more educational for our children. The first ten recommendations are those that are extracted from this study and, the rest, from our experience as parents.

The adventures of a group of friends who live on Saari Island promote values such as respect and friendship. The characters do not speak, and the series is ideal to stimulate the musical ear.

Bill is a five-year-old boy with a big heart. She goes to a culturally diverse kindergarten, as there are African-American, Chinese, white children … The series is very educational and promotes values.

The pink pig enters the list of drawing for kids preferred by our children, without a doubt. Who has not seen the little ones laugh out loud at the adventures of Peppa Pig and her friends?

Peppa Pig, Mom Pig, Dad Pig, and more friends will tell us about the adventures of these little pigs with human characteristics. Most of the episodes take place in the Pig house, although there are also outdoor settings.

On the planet, Jambo lives with a lot of friends who give beautiful lessons in companionship and values.

Surely most parents – and those who are not – know: “almost four years old, I grow up very slowly and I am exploring, I am Caillou.”

And it is that this little character has managed to hook us all with his stories and, why not, also with his bedside music, catchy where they exist.

Caillou decorates everyone around him with his great imagination. He is constantly inventing situations; however, he knows how to distinguish what is reality and what is the product of his imagination. Other characters that we will see will be his parents, his grandparents, or his sister.

Mama Mirabelle is an elephant who shoots documentaries around the world. The best part is that the images are real, as they come from the BBC’s Natural History archive.

A guinea pig, a chick, and a turtle that provide help to all who need it and transmit important values such as teamwork. All this is accompanied by happy songs.

Shaun the sheep is a smart character who never resorts to violence. He always wants to play and have fun.

This series has been made entirely in a studio in Barcelona. They are cartoons in which our children will test their minds and exercise different areas as it is based on riddles that occur to different animals.

Without a doubt, it is very educational and will encourage our children to stimulate their reasoning skills, etc. Will our parents be able to solve the riddles?

A series created by Netflix. Also, for the most melancholic, the children’s series is inspired by Beatles songs. Now, together with our children, we can enjoy their easy cool drawing ideas and our music.

Also, it has many international artists such as Pink, Eddie Vedder, etc.

Without a doubt, a wonderful series to sit down and watch with our children, uniting the past with the present and enjoying an educational animation as a family.

Another series to reach the smallest audience. It is an interactive animation where the little ones will teach the four babies’ protagonists of the animation words and they will all learn together. Our little ones will go with these babies singing, dancing, and playing. Also, our children together with the characters will go to a party of words (which gives the title to the series).

This series was created by Nickelodeon and now, you can also see it on Netflix.

Princess Holly and her friend Ben live in a kingdom. The series is about magic since Holly is an apprentice to be a fairy, but her spells do not work quite well. Ben is an owner who is very good at building toys.

Our children, along with these funny characters, will live different adventures with these little magicians.

Without a doubt, it is a great opportunity for the little ones to learn the value of friendship. As a tip, we recommend watching it in English, so we will ensure that children learn languages little by little.

One of the favorite series for children also comes to this platform.

This animation tells us the adventures of Pocoyo, a boy who is in the Nursery School, with whom our children will feel identified as we recommend this series for children under four years old.

Together with Pocoyo, the little ones will meet Pato, Elly and will discover the new world that surrounds them.

The same for parents is more boring, however, it has earned the recognition of all children.

This series is centered on Daniel the tiger. Although he has a lot of friends who will also be the protagonists of this animation.

Also, it is a series that relies heavily on music, so the kids will not only sing the top song, but all the others and, if they like it, there is even a CD.

A very funny animation, with two strange protagonists: two larvae, one red and one yellow. The latter is innocent and the red one is more selfish, however, they are friends and love food, such as sausages and fruit.

They have some friends, like a dung beetle or a bodybuilding snail. Without a doubt, a series so that children and adults can not stop laughing.

This series is renewed, with more careful and modernized drawing for kids. These funny goblins appear and disappear and thus they are doing mischief. Every time a bottle is uncorked, they leave, or come, who knows?

In reality, these pixies are willing to always help their friends, their neighbors, however, it does not always work out for them and that is when the great and fun little girls appear.

El Reino Infantil is not a series in itself, it is a YouTube channel with almost 13 million subscribers where you can find many funny, friendly, and, above all, educational series.

It is a series with more than 30 years in which Papa, Mama Bear, Son and Daughter, and the little Honey Bear live together happily in the treehouse. Son and Daughter are always doing mischief, but deep down they are good children, who always end up showing how much they love with drawing for kids and respect each other.

Why do we recommend it? Because it is perfect to watch in English and is available in the Kids section of some paid video platforms.

Curious George or Curious George, the series of stories was written and drawing for kids by Hans Augusto Rey and Margret Rey. The couple escaped from Paris in June 1940 on self-made bicycles, taking the Curious George manuscript with them. At first, only HA Rey was recognize for its success, to try to highlight Rey’s books among the large number of children’s books written by women. Later, Hans Rey was credited for the illustrations and Margret Rey for the texts.

The Kings produced many other stories for children, but the Curious George series was the most popular.

The adventures of this charming little monkey and his immense curiosity came to life. In addition to the collection of children’s books, in a feature film and also in a television series.

Dinosaur Train begins when Buddy is adopted by the Lord and Lady Teranodon and led to his nest to be raised alongside his new siblings: Tiny, Shiny, and Don. Buddy, a curious T-Rex, and his new family have an insatiable appetite for learning all about different types of dinosaurs. To do this, they get on the wonderful Dinotrain that allows them to travel and explore the world of these magnificent creatures.

Departing from Teranodon Station, and traveling through the Triassic, Jurassic, and Cretaceous periods, the Dinotren is a colorful locomotive that travels through time, while the conductor, a troodon, provides fascinating facts about prehistoric dinosaurs to all passengers.

A fun and educational series that you can see on Clan TVE but that is also available on YouTube in its original version.

Max and Ruby is a Canadian animated series based on the children’s books created by Rosemary Wells. The episodes consist of the stories about the rabbits’ Max and his older sister Ruby and in Spain. They are broadcast on Nickelodeon Jr. although they can also be seen in English on the YouTube network.

Super Why is an interactive series that teaches children English with the help of classic stories from children’s literature. His lessons are taughting within the story and by the hand of four protagonists. The little Whyatt, Pig, Little Red Riding Hood, and Princess Pea, who transform into superheroes to travel to the magical. Which is behind the shelves of a children’s library.

It is not available on any Spanish channel but it is on the YouTube platform in its original version.

Olivia is a cartoon television series for children broadcast in our country on Canal Panda. The program has won a silver medal in the Parents’ Choice Award for their stories and positive characters.

The story of the series revolves around a small pig named Olivia. Where their motto is rules of life, every thought episode her future or what she dreams of being. He encounters various daily problems that, with the help of his friends and family, he solves.