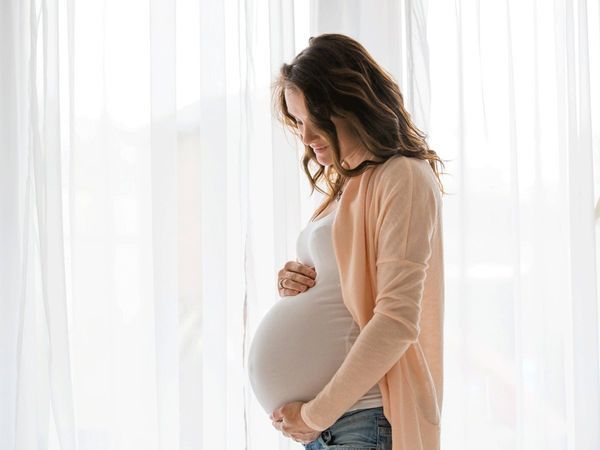 In this regard, medical experts say that depression is becoming a common disease in pregnant women, the main reason for which they are constantly suffering from mental stress due to various reasons during pregnancy. Depression can persist during pregnancy and maternity for one to two weeks.

According to a professor and psychologist at the University of York (England), many physical and mental changes occur in women during pregnancy. Changes in hormones during pregnancy affect chemicals in the brain. This condition causes depression and anxiety for both the mother and the baby, causing women to feel constant pressure on their physical and physical constitution even after the baby is born.

Types of depression in pregnant women

Medical experts divide pregnant women into different types of depression, some of which are listed below.

* Postpartum depression can occur a few days or months after the baby is born.

* Postpartum psychosis is called severe depression, there is no specific time for it, but according to experts, this depression can occur four to six weeks after the birth of the child.

It is also important to know that not only mothers but also about 10% of fathers suffer from postpartum depression after the birth of a child. The good news is that depression can be treated during pregnancy.

Symptoms of depression in pregnant women

Antenatal depression gradually affects the patient. The symptoms of depression in women during pregnancy are very different from other types of depression. In pregnant women, these symptoms can be of different types, such as mild in some and severe in others.

* Changes in appetite, for example, feeling very hungry or not wanting to eat at all.

* Sleep changes, too much sleep or no sleep at all.

* Lack of energy, despair, sadness or not being interested in any work and crying for no reason.

* Lack of interest in pleasures and other activities (whereas under normal circumstances your reaction is different).

How does depression affect pregnant women?

Effects of depression on the baby

Negative perceptions of a child’s reaction to any action, failure of a deep emotional relationship with the child, irritability to the sound of the baby crying, restlessness and irritability can cause problems in the child’s mental and physical development.

Treatment of depression during pregnancy

If a pregnant woman is experiencing any of the above symptoms during pregnancy, it is very important for her to seek help from others. The first step in this regard is to contact a medical doctor, ie talk to your midwife, health visitor or gynecologist. Participate in your treatment decisions.

Talk to your husband, family and circle of friends about this, and make them aware of these symptoms, because only with the help of these people can the treatment of depression be made possible. It should be noted that the methods commonly used by medical practitioners to get pregnant women out of depression include support group counseling, private counseling, psychotherapy, anti-depressant medication and light therapy.